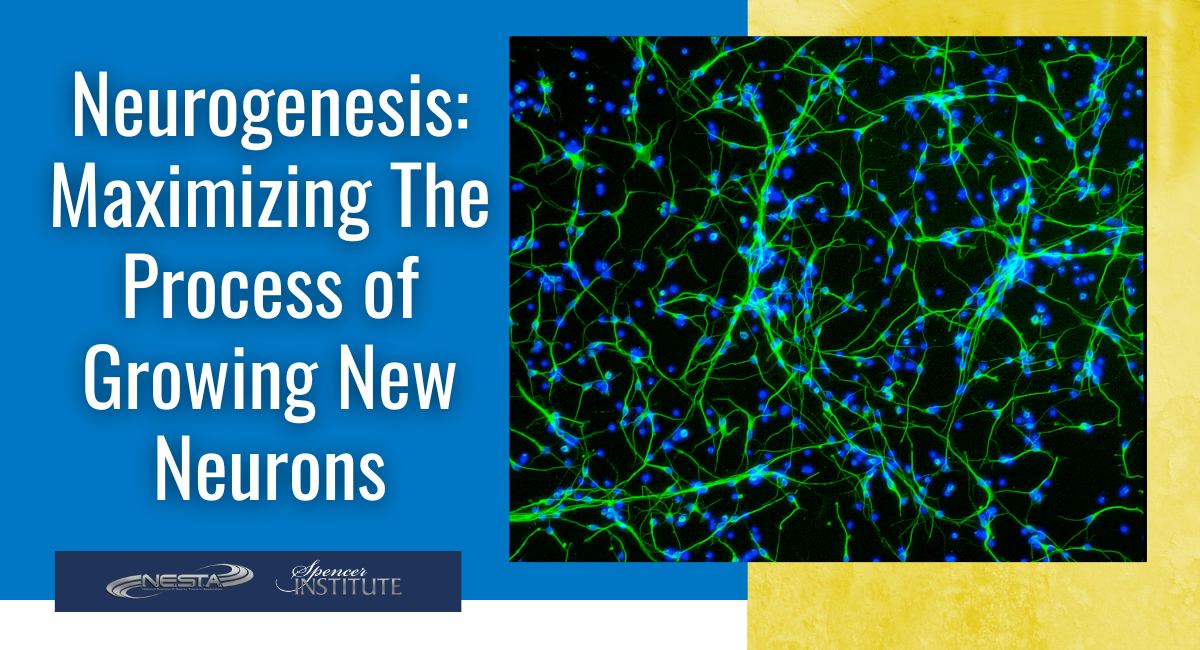 It is typical for a coach to ask what specific strategies a Certified Brain Fitness Coach might use. In consideration of this, we will look to explore the actions you might take to enhance neurogenesis or the process of growing new neurons in the brain.

Neurons are continually born in a very important region of the brain called the familiar with this vital structure within the brain. This is because it is critical to the formation storage and retrieval of memories, as well as emotional regulation. The neuronal growth in the hippocampus has been studied the most and research demonstrates that many of these new neurons become functionally integrated into brain tissue.

There are many ways to promote the growth of new neurons in the brain, much of it coming from our activity levels and our dietary intake. For example, while EGCG (a component of green tea) has also been shown to promote neurogenesis, it is omega-3 fatty acids increase levels of brain- derived neurotropic factor (BDNF) is still required for neurogenesis.

As coaches, we must consider more than one item if we want to tap into the synergistic effects of a strategy to support neurogenesis. It might be that we need to find a way to include such items as blueberries, curcumin, vitamin E, zinc, and omega-3 fatty acids into a food intake strategy to provide foundational nutrient support for enhancing neurogenesis. This requires us to fully assess our client and what they are doing currently.

There are many theories and unknown reasons as to why intermittent fasting is an effective strategy in promoting neurogenesis. After spending so much time discussing sensible intake throughout this training, it almost seems counterintuitive. But research has taught us that each of us, to a certain degree, have a buildup of toxins in our bodies. This is further theorized to be the result of the pollutants in the air we breathe, as well as from the chemicals in the food and water we consume.

Fortunately, our body is constantly looking for ways to rid itself of these toxins – by removing them from the tissues – and into the bloodstream. One ideal way to do this is by consuming enough water. We can also accomplish this by fasting intermittently. When we relieve the body of having to expend energy digesting foods, this energy can be used elsewhere – such as towards releasing toxins, while supporting immune function, cell growth, and elimination. Defined as intermittent not eating for a period of 16 to 24 hours, intermittent fasting can serve to increase BDNF and enhances neurogenesis, which also strengthens synaptogenesis. Intermittent fasting also increases human growth hormone which promotes muscle retention, it serves to decrease insulin levels – which supports weight management. It is not for everyone, but when done consistently, it serves to reduce oxidative stress as a signal associated with accelerated brain aging. More benefits include it being an effective strategy in reducing inflammation in the body. Intermittent fasting supports optimal heart health through the lowering of serum fats in the blood and it enhances mitochondrial function, providing more energy for the body.

Intermittent fasting can be done in such a way that it does not impose on lifestyle flow; one option is by having your last meal of the day at 6 PM and your first meal at 10 AM, which may be a manageable way to integrate this into your lifestyle. Prior to fasting, be sure your client has run the idea by their primary care physician to discuss if they are a suitable candidate for it. Some individuals with Type 2 diabetes, hypertension, thyroid, or adrenal dysfunction may be advised not to fast; others, who may be on medications may require supervision during this period of fasting.

Research findings psychiatrists for the National Institute of Health (NIH) published an article in Indian Journal of Psychiatry that investigated the neurobiological effects of yoga on cortical structures in the brains of elderly subjects. Their study involved seven healthy elderly subjects, who received a yoga intervention over the course of 6 months. MRI images were obtained before and after; the voxel-based morphometric analysis demonstrated volumetric changes in the hippocampal gray matter in the subjects being studied. This finding indicates that yoga has the potential to reduce the neural degeneration that comes with age.

Since many Brain Fitness Coaches come from the wellness or fitness industry, an obvious question would be “which type of exercise is best for the brain?”

Research has sought to answer this question – so, which form of exercise has the greatest impact on neurogenesis or the growth of new neurons? Was it running or sustained aerobic activity, or was it interval training, short bouts of intense anaerobic exercise with recovery, or was it resistance training (which is largely anaerobic)?

One study out of Finland published in the Journal of Physiology (titled Physical Exercise Increases Adult Hippocampal Neurons in Male Rats”) reported that sustained aerobic activity showed the most promise. As suggested by the title, the research review demonstrated that aerobic exercise, such as running, enhances neurogenesis in the hippocampus in an animal model.

When researching other forms of exercise, such as high-intensity anaerobic interval training, or anaerobic resistance training, they did not observe a significant difference in neuronal growth as compared to a sedentary lifestyle. Their conclusion from this research is that sustained aerobic exercise – such as running – is the key to enhancing neurogenesis.

The hypothesis being tested was that the more miles the animal runs, the more BDNF was produced, enabling the growth of new neurons in the hippocampus.

It may seem that there is a clear message here, that there is clear evidence that exercise augments neurogenesis, or the creation of new brain cells in a mature brain but the type of exercise may be important. It is important to remember that many studies and findings have used animals as a comparison and more study is needed to make a solid argument.

A Certified Brain Fitness Coach should take this information into consideration in any coaching strategies or programs you lead or direct. Although performed on rodents and not humans, these studies serve as pilot studies for humans and the results are intriguing.

Up to this point, we have been learning ways to promote neurogenesis, but our discussion has been focused on what can be added into a client’s life – be it supplements, nutraceuticals or exercise. But what can we eliminate from our lives to enable neurogenesis?

It is equally important to discuss bad habits that may be ingrained into our lifestyle that reduce neurogenesis.

We all go through the aging process, but it is at the critical tipping point where we begin to lose more brain cells than we can generate. If we were to view an MRI of an aged senior, we would normally expect to see cortical atrophy – a loss of neural tissue due to ischemia – without intervention, this just comes as part of the aging process. But this does not have to be the case, whereby we see the loss of cortical tissue as normal. Hopefully, what you have learned so far informs your belief of this to be true.

In review, there are some behaviors with evidence-based backing that can – and should be – considered for change if we want to optimize long-term brain health. Brain fitness goals are how we apply our work with our clients. The list of options for coaches includes: