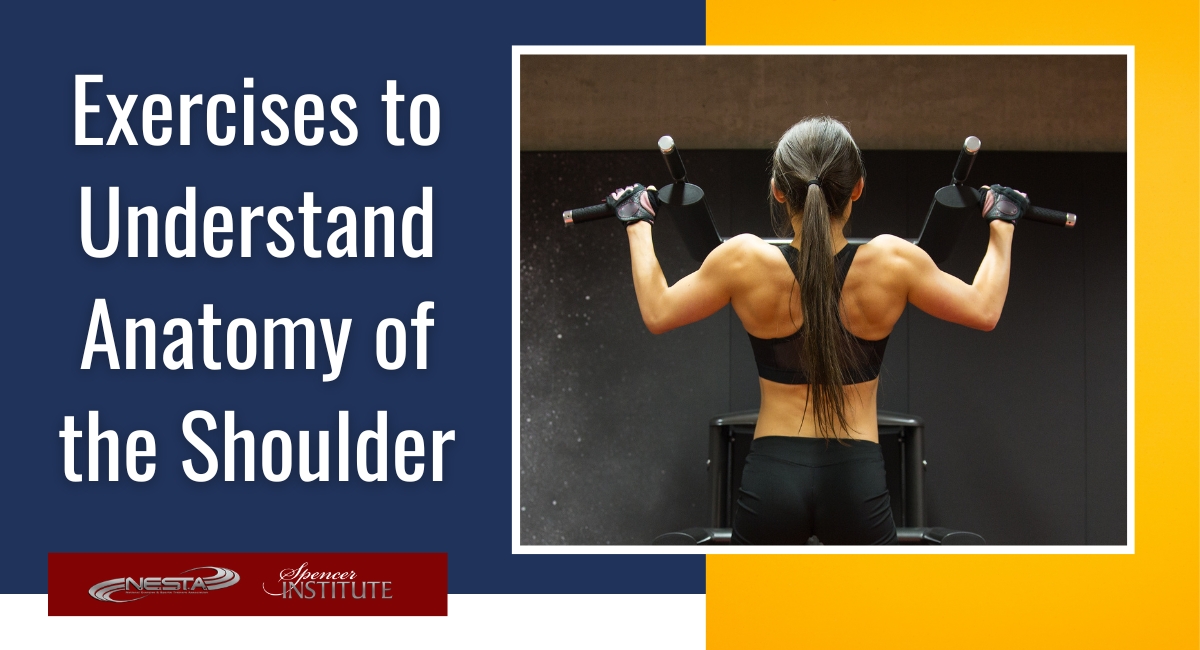 Exercises to Understand Anatomy and Mobility of the Shoulder 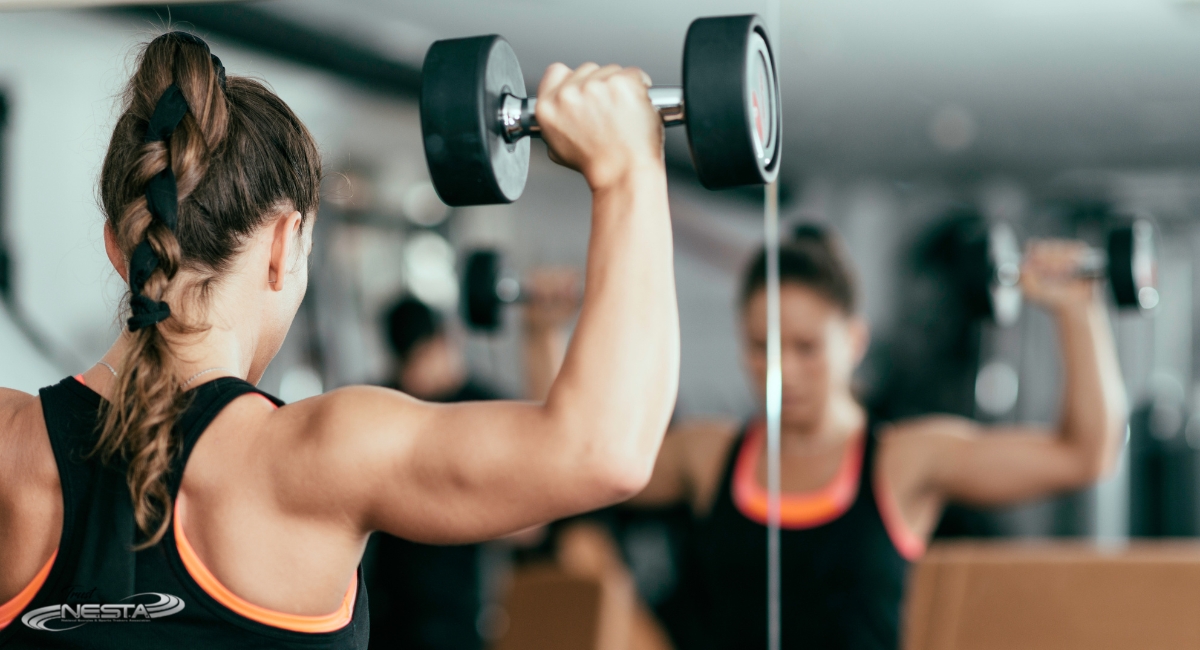 Functional Kinesiology of the Shoulder Girdle

In the previous post, we introduced the idea of learning anatomy through movement. Now it is time to get moving! Specifically, let’s move the shoulder and review all the various movements that allow us to pull, pull, reach, throw, climb, crawl and so much more!

Common Exercises to Understand Anatomy of the Shoulder

Before we start examining exercises and their movements, it is important to take a moment and discuss the concepts of mobility and stability. Mobility refers to the ability of an object to move freely, while stability refers to something that is not likely to be moved or changed. Therefore, there is an inverse relationship between mobility and stability (i.e., when something is very stable, it is not very mobile, and vice versa). The shoulder joint has the greatest range of motion in the body; hence, it is considered the most mobile joint. To retain some stability, the body distributes the range of motion through a complex of three bones and multiple points. Hence the term, “shoulder complex.”

Now is the time to get moving! Let’s review some basic motions of the shoulder using exercises. Remember, the shoulder has three degrees of freedom, which means it can move the arm in all three planes in space. 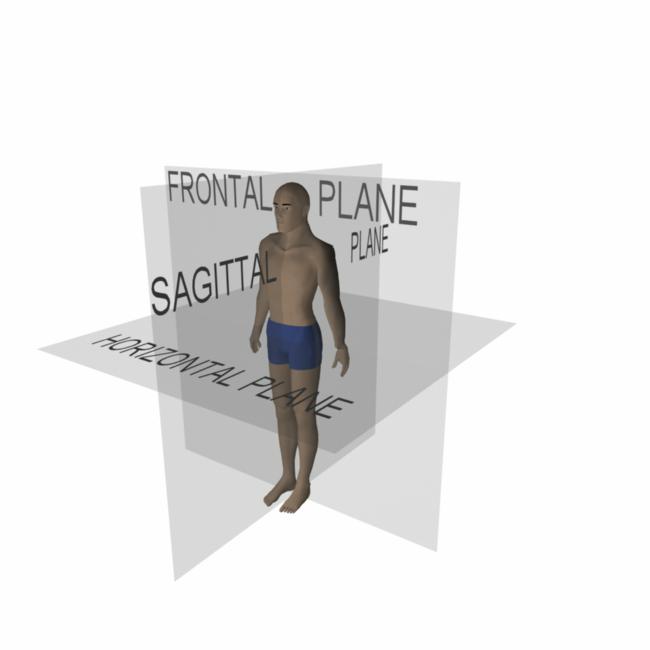 This is done through three major axes: 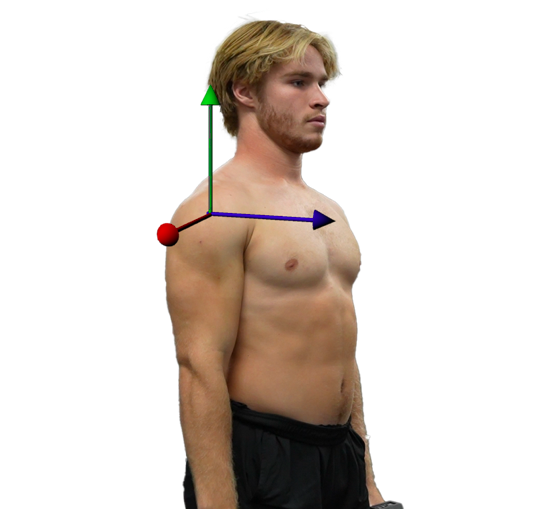 The transverse axis (sometimes called the medial-lateral axis – shown as the red arrow) lies in the frontal and horizontal planes. Movements around this axis will allow flexion and extension movements to occur in the sagittal plane. An example of this motion would be doing a front raise. 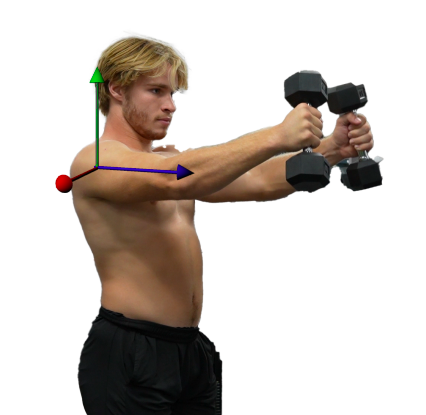 The anterior-posterior axis (shown as the blue arrow) lies in the sagittal and horizontal planes. Movement about this axis will allow movements of abduction and adduction to occur in the frontal plane. An example of this motion would be doing a lateral raise. 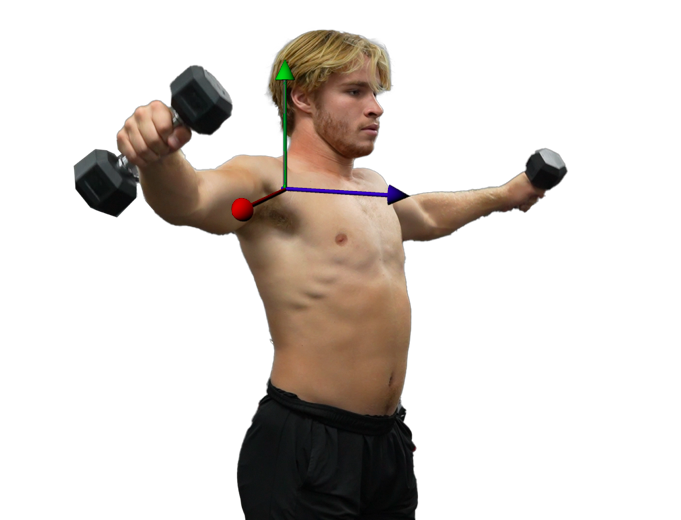 Lastly, the longitudinal axis (shown as the green arrow) lies in the frontal and sagittal planes. If the arm is first abducted, the arm will move about this axis in the horizontal plane in what is known as horizontal adduction and horizontal abduction. An example of this motion would be a chest press. 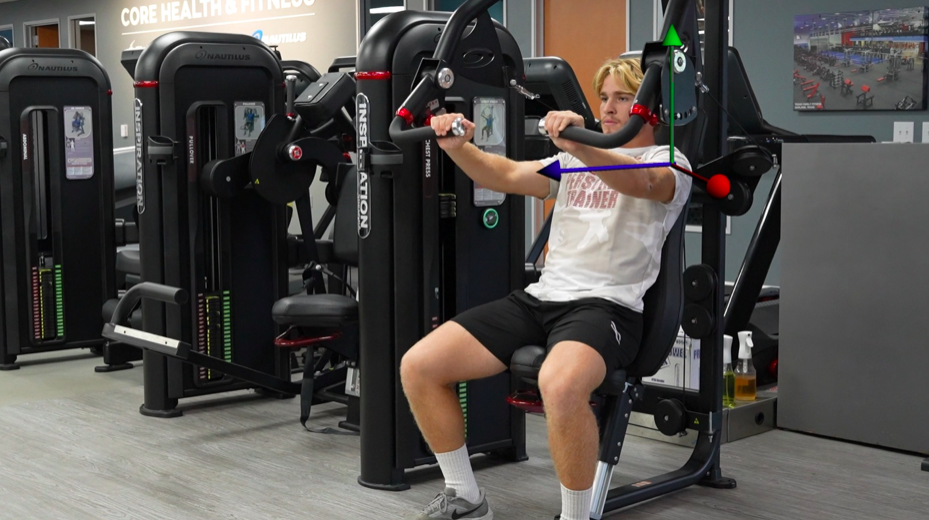 If the arm is not abducted, then the longitudinal axis corresponds the long axis of the arm bone (the humerus) and we get movements of internal (medial) rotation and external (lateral) rotation. 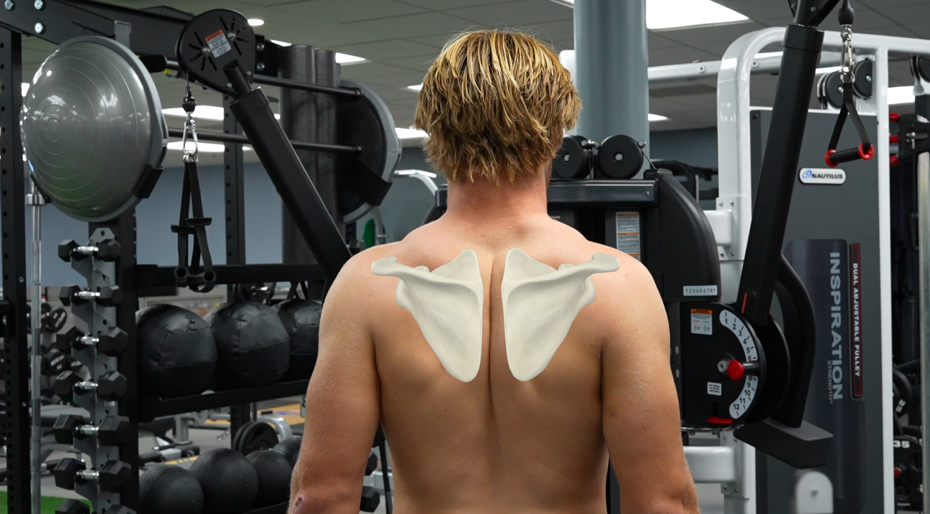 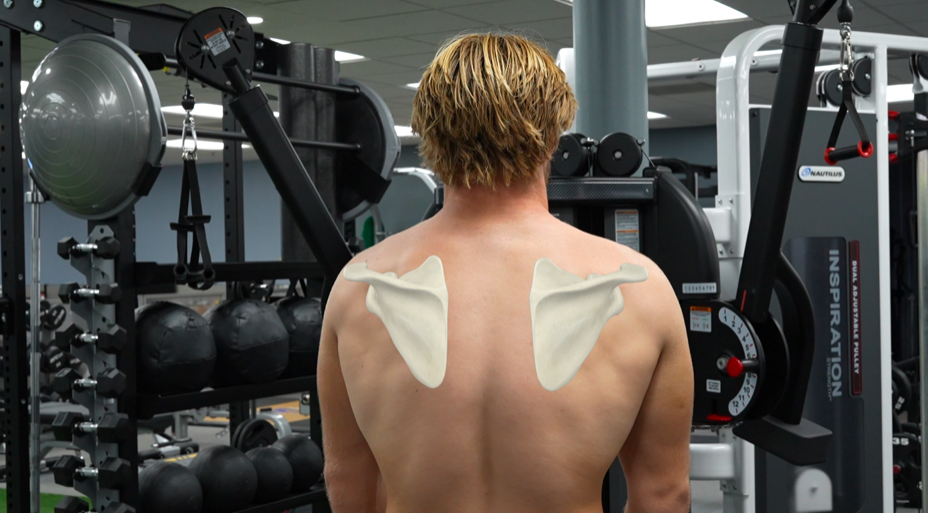 Next, we have elevation (upward movement) and depression (downward movement) of the shoulder girdle. A great example of these motions would be the shrug. 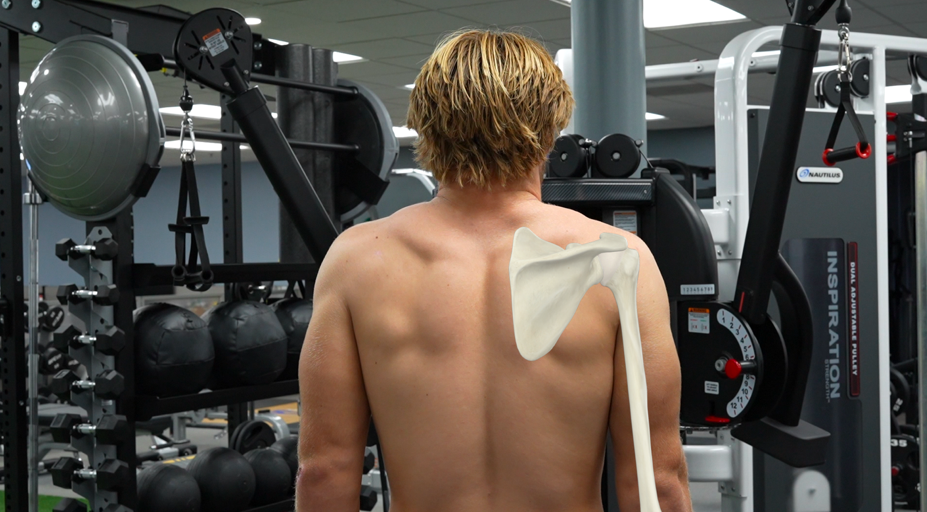 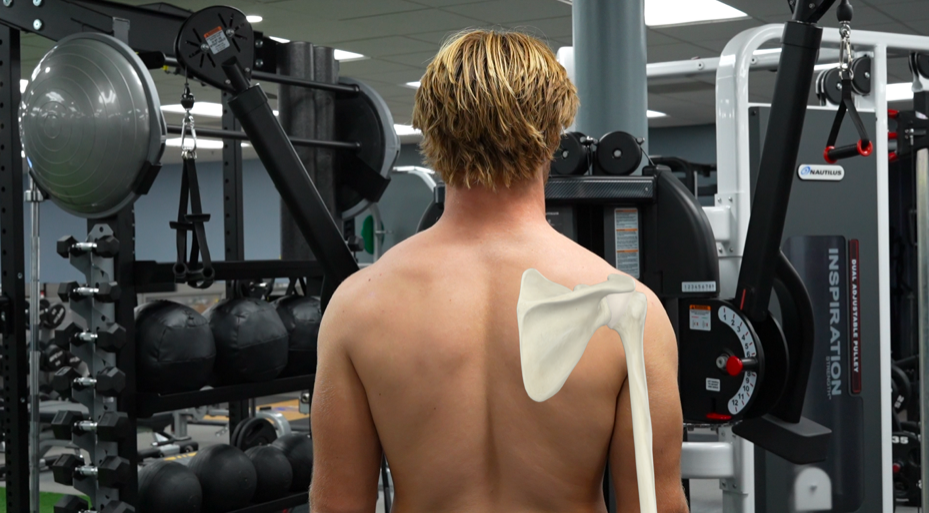 Upward and downward rotation of the shoulder girdle happens during abduction and adduction. This can be seen in the pull-up. 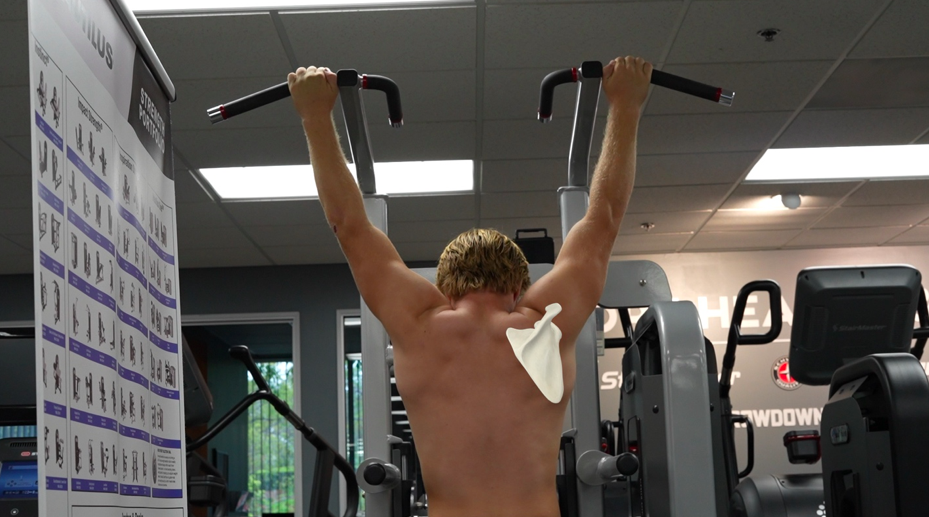 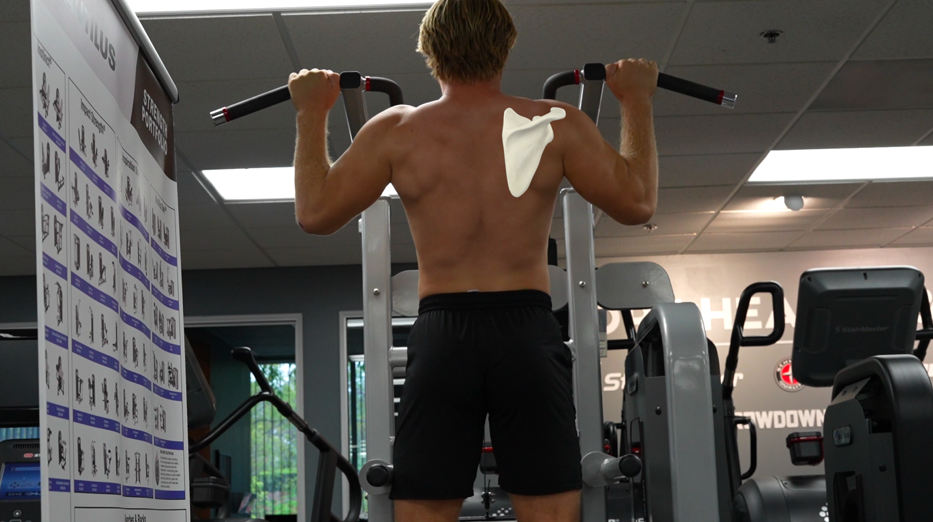 To summarize, the shoulder complex is possible of movement in all three planes of motion due to the movement of the glenohumeral joint and the shoulder girdle. The fitness professional must be able to differentiate these motions to properly load the joints and the muscles in an exercise.

Where Can You Learn More?

Be on the lookout for future articles about more ways to get an endless stream of clients for your training or coaching business. You will also want to search through the archives of our blog because there are many other articles that go into great depth about dozens of other ways to get clients.

NESTA and Spencer Institute has been helping people like you since 1992. To date, over 65,000 people from around the world have benefited from our various certifications, programs, continuing education courses and business development systems. We are here for you now and in the future. Feel confident in your decision to work with us as you advance your knowledge and career. We are here for you each step of the way.

Click this link to see our complete list of programs (all of which qualify for CEUs for our programs and others).