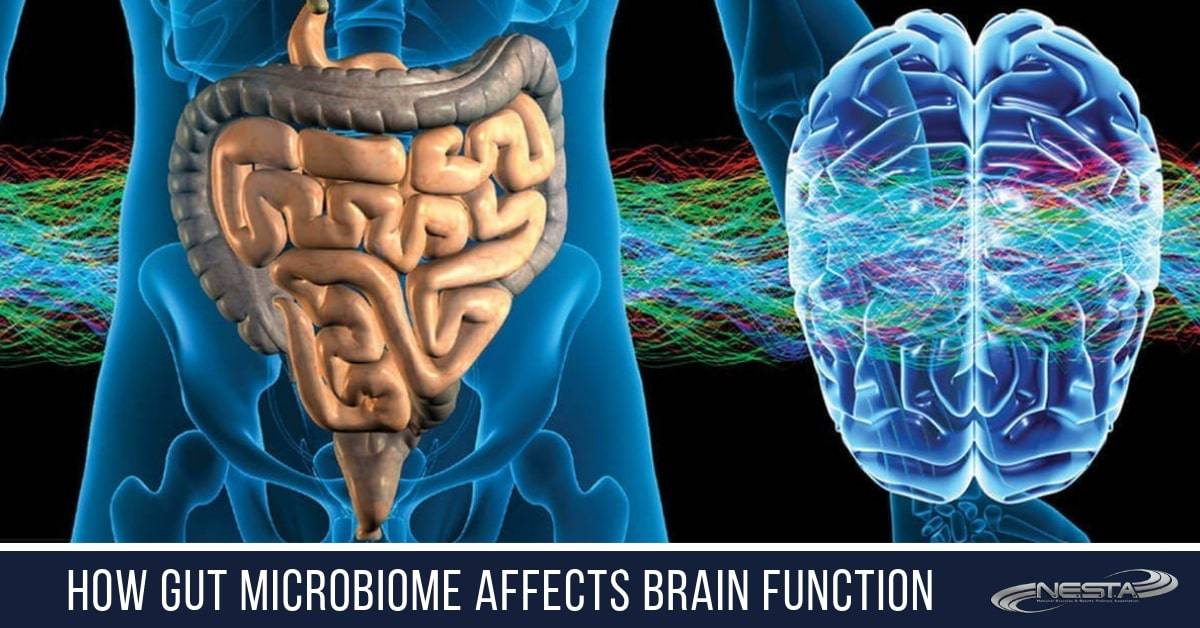 Science is gradually discovering the secret of the gut feeling, as researchers have started to understand gut functioning better. Our Gut not only feeds the body and the brain (through absorption of nutrients), but it also has more neurons than the spinal cord.

The gut produces more serotonin and other similar neuropeptides than the brain or any other organs. Studies show that more than a trillion microbes reside in our body, weighing few kilograms, and the majority of them are in the gut. It seems that the role of gut is more than merely providing nutrients through digestion.

Whether you specialize in nutrition, health and wellness, sleep science, or brain fitness and function, understanding how our gut health affects the other aspects of our body and mind, and being able to relay that knowledge to your clients in a clear and succinct format so that they can improve gut health.

There is another reason why there is an increasing interest in the microbiota, its role in health, and mental wellbeing. In the last few years, there has been an upsurge in non-communicable diseases like diabetes, hypertension, cancers, neurodegenerative disorders. Science knows that the human genome has not changed much in the last 50 to 100 years. But what has changed a lot is a lifestyle, diversity and quantity of microbiota, and thus microbiome. It could be one of the reasons why depression or Alzheimer’s have become one of the leading causes of mortality and morbidity, though just a century back, these conditions were classified as rare disorders.

It is not only genes that are transferred from parents, but newborns are also exposed to mother’s microbiota during the process of birth, and it leaves its signature for the rest of the life. Studies show that microbiota plays an important role in brain development during the early years.

One the way researchers have learned the effect of microbiota on human health and brain development is by using germ-free animal models. Further, they also exposed these animals to various microbes found in the human body to understand their role in wellbeing. Using animal models may not be a perfect way to study the role of microbiota, but it still provides some necessary information.

There are several ways through which microbiota may modulate the gut-brain axis:

Most brain or mental disorders develop gradually and over the years. Disease like Alzheimer’s may take decades to develop, and the same is right for depression in most of the cases. Therefore, researchers think that disturbances in gut microflora/microbiota may have something to do with these conditions. Evidence is emerging that gut microflora may influence the working of the brain in numerous ways. Moreover, studies are showing that these microbes can even produce some of the neurotransmitters. Further, microbiome or genes of these microbes may also interact with the working of the brain.

There is lots of research that shows the strong association between depression and gut microbiota. In many experiments, researchers have used animal models, and they were able to induce depression by altering the gut microflora, and some changes helped rescue these animals.

Autism spectrum disorder (ASD) is a group of neurodevelopmental disorder characterized by poor cognition, poor communication skills, behavior issues, restricted social interaction, and so on. Researchers think that ASD occurs due to genetics, environmental factors, and other health problems during early childhood.

New research indicates the role of gut microbiota in the development of ASD. Microbiota may influence brain development through its role in homeostasis, amino acid metabolism, glutathione metabolism, affect immune responses, and so on. Those living with ASD are also at higher risk of other mental disorders. Gastrointestinal problems are more frequent in those living with psychiatric disorders. Various painful gut conditions like Crohn’s disease have a higher prevalence in children living with ASD.

Researchers have also found a correlation between the prevalence of ASD and the presence of certain bacteria in the gut flora like Clostridium or Desulfovibrio. Interestingly, some anecdotal reports show that by eradicating these bacteria with the help of antibiotics may reduce the symptoms of ASD in some children. Similarly, probiotics may also help by altering gut flora.

Researchers have also found some disbalances in gut microflora to be more common among the children living with ASD. Like the lower population of Coprococcus and Prevotella species.

Therefore, changes in gut microbiota or dysbiosis could be one of the contributing factors to the development of ASD.

Schizophrenia and But Microbiota

Schizophrenia is one of the most severe mental disorders that affect about 0.5 to 1% of the population. It is a condition that is characterized by delusions and hallucinations. A person living with the disease may believe in things that do not exist. It is one of the common reasons for admission to the psychiatric clinic. There are numerous drugs to treat the condition, but they can control symptoms only in a small number of patients.

New research seems to indicate that gut microbes may have a lot to do with the pathogenesis of the condition. Thus, studies show that those living with schizophrenia may have a higher population of certain microbes that increase the levels of gut lactic acid. Further, some of the bacteria may alter Th2 immune responses, commonly found in schizophrenia patients.

In a small number of cases, treatment with probiotics may help reduce the severity of symptoms.

One of the recent papers published in 2019 regarding the role of gut microbiota in schizophrenia found many interesting facts:

Incidence and prevalence of Alzheimer’s are rising fast, and yet more than a century of research into the condition has failed to prevent or treat the disease. It is already one of the leading causes of death in some nations. At present, no pharmacological drug can considerably change the course of the disease. Researchers know that the accumulation of amyloid beta proteins in neurons and ensuing cellular death has lots to do with the disease development. But they do not know what causes the accumulation of amyloid protein in cells and how to stop such a buildup.

The latest research shows that gut microbiota may have lots to do with disease development. One theory is that altered gut microbiota may cause leaky gut syndrome, chronic inflammation, altered immune responses leading to the increased permeability of blood-brain barrier, neural injury, and neurodegeneration.

Researchers have also found that amyloid proteins are used by an innate immune response to fight certain infections. They still do not know the importance of the finding, but they think that it could be another clue how dysbiosis may have a role in disease development.

There are many ways in which gut microbiota can be altered; one of the most popular approaches is to use probiotics. Antibiotics, on the other hand, seem to have a negative effect on the gut flora as they may kill the beneficial bacteria, thus resulting in the overgrowth of harmful bacteria.

Diet also has a direct impact on the gut microflora. It could explain why certain kind of diets is better for brain health.

Neurological and mental disorders are quite complex. Modern drug therapy can barely control the symptoms of various such conditions and can rarely modify the course of the disease. More than a hundred years of research in certain disease conditions like Alzheimer’s, depression, has failed to produce results, improve understanding of disease process, or find a treatment. It is possible that a lack of knowledge about the role of gut bacteria in these conditions could be the missing link. At present, understanding of microbiota and microbiome is limited, but initial results show that their role is critical in wellbeing.

How You Can Help

Become a leading authority on brain optimization through proper training, sleep, nutrition, neuro-conditioning and flow state. As a Brain Fitness Coach, you know how important things like mindset, focus, clarity, determination, distraction control and flow are to success: mental, physical or financial.

NESTA coaching programs are open to anyone with a desire to learn and help others. There are no prerequisites.