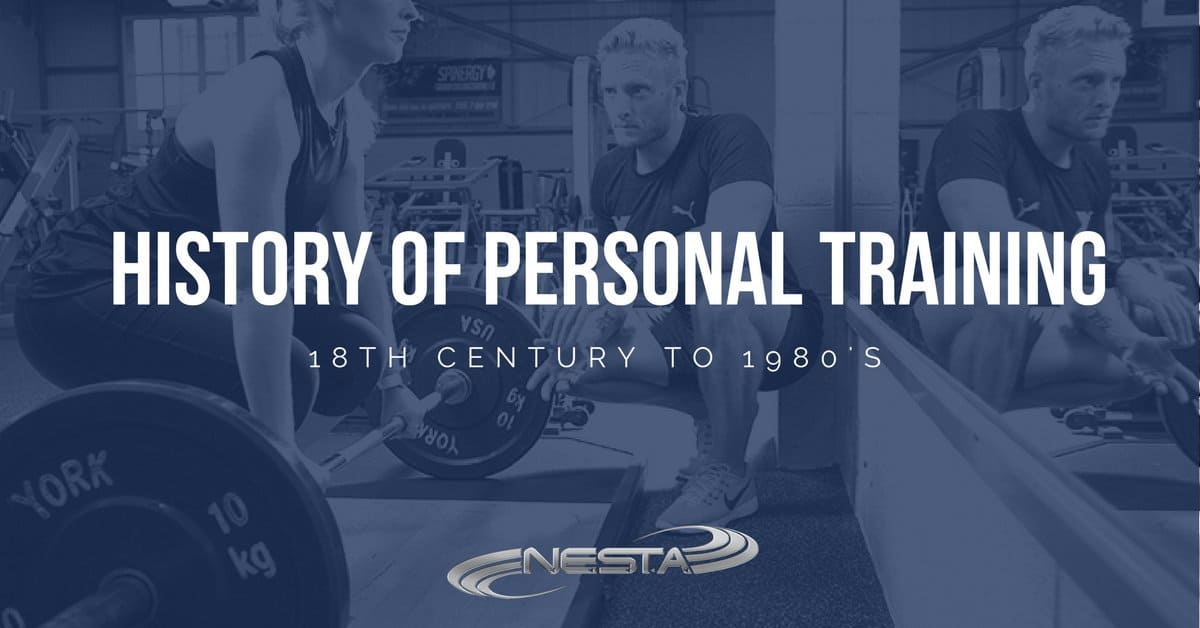 We are going to continue to dive into the history of personal training. We previously discussed its start in Rome and Greece.

The fall of the Roman Empire saw the end of  Roman Strength Training due to the philosophy of Christian asceticism prominent in the Dark Ages.  During this time all physical training had its skill in warfare only. This period lasted approximately one thousand years until the Renaissance and rebirth of Galen’s system.  Many of this time period promoted that boys should hang from a bar, climb ropes, lift weights, and engage in matching strength with other opponents

During the 18th Century, there was a new interest in, and a great emphasis on physical education, the development of the body, and “manly” exercises in the schools of Europe.  Several new pieces of lifting equipment were developed including various gymnastics apparatuses (the forerunners of today’s dipping and chinning bars used today). 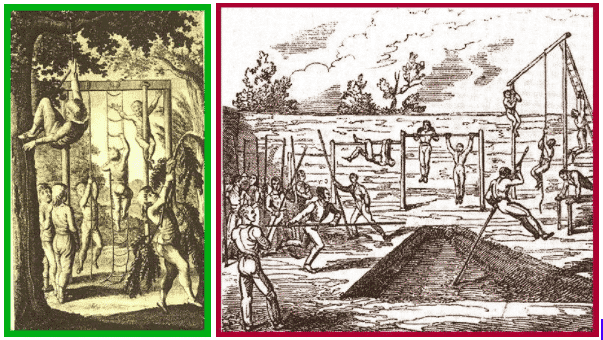 Weight training became a part of the educational curriculum in Europe in 1544 when French and German universities offered weight training classes. In the 1700s it became part of physical rehabilitation. In the United States, an early reference to resistance training exercise appears in a letter by Benjamin Franklin to his son in 1772.

In yours of May 14th, you acquaint me with your indisposition, which gave me great concern. The resolution you have taken to use more exercise is extremely proper: and I hope you steadily perform it. It is of the greatest importance to prevent diseases since the cure of them by physic is so very precarious…

…The dumbbell is another exercise of the latter compendious kind.  By the use of it I have in forty swings quickened by pulse from sixty to one hundred beats in a minute by a second watch; and I suppose the warmth generally increases with quickness of pulse.

A letter from biographer Carl Van Doren to Franklin reinforces the notion that Franklin did indeed practice dumbbell training as stated in Van Doren’s letter:

Franklin…wrote more and longer letters from 15 to 22 April (1786) than in any week since his return.  …’I live temperately, drink no wine, and use daily the exercise of the dumbbell…’

1824 saw the arrival of Charles Beck to New York from Germany to establish the first gymnasium in the United States at the Round Hill School in Northampton, Massachusetts.  Beck taught gymnastics but also advocated and taught exercises using resistance training equipment. 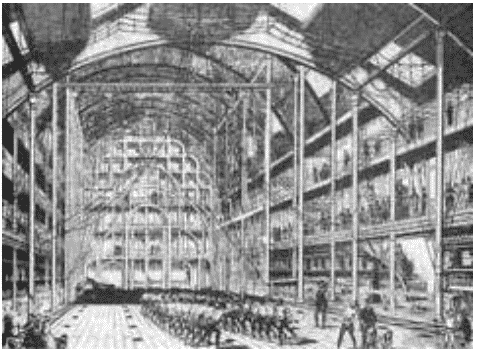 This coincides with Dr. George Barker Windship, who in 1854, made popular and promoted the “lifting machine” (an apparatus that approximated the “hand and thigh” lift).

The expansion of weightlifting occurred in the British Isles and Europe as well as the United States during this period but actually earlier and a much greater rate.  There were numerous gymnasiums in use during this part of the 19th century rivaling anything seen in the modern day.  Perhaps the most famous strength athlete of the late 19th century period was Frederick Muller better known as “Eugene Sandow.” 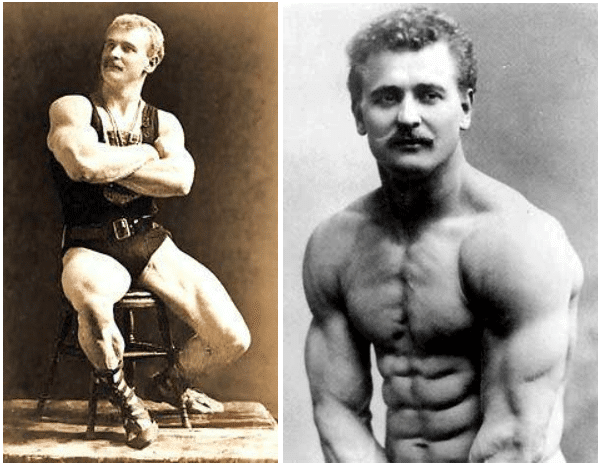 Sandow first gained fame by a clever use of “test your strength” machines that were in fashion in Brussels and used his great strength to break these machines causing the local authorities to stake out these strength testing devices.  Police did indeed capture Mr. Sandow while he was “testing” a machine but realized he had actually used the machine according to the posted instructions and had to release him. The publicity that followed resulted in a large boost in Mr. Sandow’s career; however, his truly big break came when he went to London to challenge the very successful strongman team of Cyclops and Sampson.  He handily defeated both which sparked a successful living touring British theatres. One of Sandow’s most successful shows was the Chicago World’s Fair in 1893 where he joined forces with promoter Florenz Ziegfeld. 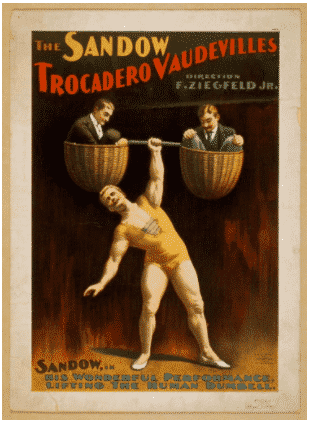 Sandow’s physique and showmanship had a profound effect on a young physical culturist who saw him there – Bernarr MacFadden.  After seeing Mr. Sandow, MacFadden decided to make his living as an advocate of exercise and succeeded in building his own empire surpassing anything from the past up to that time.  His magazine, Physical Culture, had a circulation of more than 400,000 in 1926 sparking a new era in exercise and health.

This movement of amateur weightlifting (1891) was highly influenced by the “Deutsche Athletik Sport Verband” (German Athletic Association) which separated the lifter and wrestlers from the gymnasts or “Turners” and brought all the local “Kraftsport” (strength-sport) clubs together under the direction of a national governing body.  The first “world championship” was held in 1898 and the term “iron game” began.  This was after the modern day “Olympics” was held (1896) which included the sport of weightlifting.

Amateur lifting in Great Britain was also growing in the early years of the 20th century, and, in 1911, the British Weightlifters’ Association was formed by the British publication known as Health and Strength. 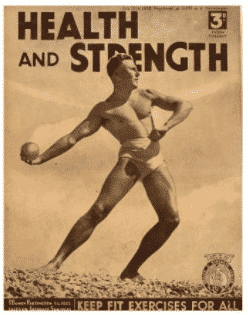 In the United States, many open contests prevailed after the turn of the century independent of a gathering of strongmen in 1890 which was prompted by the Police Gazette magazine, which offered a handsome jewel-studded belt to the first man to raise a dumbbell of 1030 pounds.

Perhaps the most important and influential person in the early 20th century was Alan Calvert who started the Milo Barbell Company.  He helped polarize barbell training both for body-building, weightlifting, and on to the sport of Powerlifting used to supplement sports performance seen to this day.

He was also influential to create interest in creating The American Continental Weightlifters’ Association in the 1920’s. This organization was later absorbed by the Amateur Athletic Union, which assumed control of United States lifting in 1927.  Today it is under control of the United States Weightlifting Association under the IWF.

Weightlifting is comprised of two major lifts being the Snatch and the Clean and Jerk. It is always contested at every Olympic Games and has had a substantial boost in the past decade from the various extreme conditioning programs promoting the use of these two weightlifting movements.

An offshoot of this organization is the IPF (International Powerlifting Association) which started as the USPF (United States Powerlifting Federation or USPF) in 1965.  The first US championship was held in 1965 and has grown substantially since this time.

Powerlifting consists of three lifts: squat, bench, and deadlift. There was only one federation for about two decades but since the 1980’s the sport has splintered into multiple factions/federations along with different categories (raw, classic raw, single-ply, multi-ply).