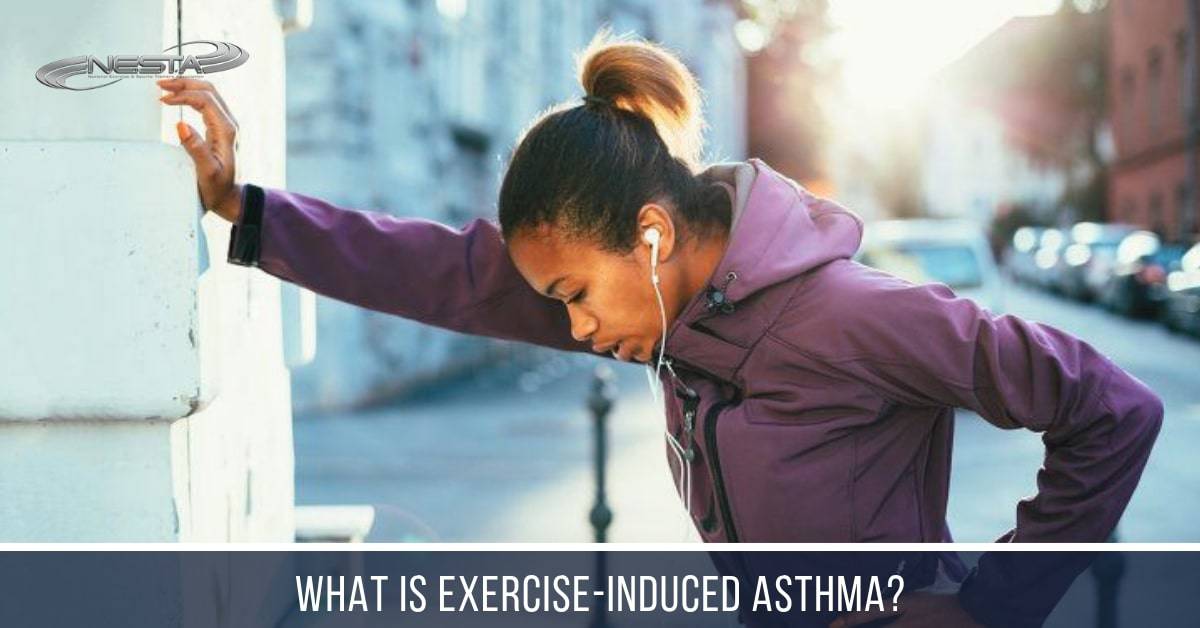 What is Exercise Induced Asthma?

Many people seem to get asthma attacks only when they run or take on other “high-demand” exercises. Doctors used to think this was a separate form of asthma. But it is very usual for people with asthma to have this happen to them. This ‘exercise-induced asthma’ is especially a problem for young people. In fact, doctors used to puzzle over why children got exercise-induced asthma and why adults did not.

Eventually, researchers discovered the reason. We now think that people who get asthma attacks only when they exercise just have asthma which is too mild to show up most of the time, needing the extra provocation from faster breathing to bring it out.

Exercise is just one of many things which show that the air passages are irritable in asthma.

If you have asthma, your air passages are irritable. This means things which are harmless to other people may trigger an attack of asthma. So you might get asthma from:

To some extent, people differ in which of these things cause the most asthma. Nevertheless, they all reflect the irritability of the air passages in asthma, even if some of them do so in somewhat different ways.

Are some kinds of exercise worse than others?

If you take different kinds of exercise so that you use the same amount of oxygen in each one, some will cause more wheeziness or chest tightness than others. Running outdoors will, in general, be worse than swimming. In fact swimming is one of the best forms of exercise for people with asthma because it usually causes the least amount of chest tightness. Running indoors on a treadmill, or cycling on an indoor exercise bike will come somewhere between outdoor running and swimming.

Other factors influence the amount of worsening of your breathing which you get from a particular form of exercise. Generally for example, if the air you breathe is cold and dry, asthma will be worse. If it is warm and moist, asthma will be less bad. This explains why swimming generally causes less asthma than outdoor running.

Some people get worsening of their asthma from the chlorine fumes from swimming baths. This is another factor which can affect the result, and for such people swimming in a chlorinated pool is much worse than running.

The timing of the exercise is important. It takes about six minutes of exercising to bring on exercise-induced asthma, and exercising for quite a bit less than this may not do it.

So you may be able to ‘run through’ your exercise-induced asthma either by warming up with short bursts of exercise or by continuous exercise which does not bring on a severe attack. Sports and exercises which consist of short bursts of activity with periods of rest in between can be particularly suitable for people with asthma. Examples include relay races and team sports in which you are not running all the time.

Exercise-induced asthma is an excellent example of a problem which you can begin to solve once you understand it better.

What is it about exercise that makes asthma worse?

Nobody knows exactly why the drying and cooling of the airway linings cause the asthma episode.

Exercise-induced asthma can be useful!

Well, of course, you would rather not have asthma of any kind, however ‘useful’. But seriously, exercise-induced asthma can be useful for diagnosing asthma in a child. Exercising a child for about 6 minutes is a convenient and safe way of provoking a mild asthma attack, and this has led to many children getting early and appropriate advice and treatment. We can exploit this feature of asthma to help defeat asthma.

Exercise-induced asthma has also been useful in asthma research. It can be used for testing medicines which may help asthma.

A lot of athletes, especially skiers and runners, get exercise-induced asthma. This may be partly because an amount of asthma which does not matter to most people can mean the difference between winning and losing to an athlete. So it may simply be that athletes notice the condition when other people overlook it. The other reason may be that the same underlying disease process goes unnoticed in non-athletes because they simply never exercise to the degree athletes do.

If you are an athlete and have this problem it is worth getting top-level specialist expertise to help you solve it. Just as you train to levels of fitness which ordinary people don’t even think about, so it is worth getting the best advice to help you break the barrier which poorly treated exercise asthma can pose. Many Olympic gold medal winners have been asthmatic and have suffered from exercise-induced asthma. With the right help and self-discipline, the problem can often be overcome.

Should people with asthma avoid exercise?

No, definitely not. In fact, enjoyable exercise is even more important for someone with asthma than for other people.

Children with asthma have in the past often been asked to sit on the sidelines whilst their classmates played games and did sports. This is completely wrong if there is any reasonable way in which the child can be made fit enough to take part. What is true for children is also true for adults.

Asthma attacks are hard work. One of the dangers in an asthma attack is fatigue, which may make you weaken in your fight to breathe. Obviously, it is good to have strong breathing muscles, because strong muscles tire less easily. Obviously, the way to get strong breathing muscles is to take exercise. Far from being prevented from getting exercise, people with asthma should take as much exercise as they can enjoyably manage. With care and understanding, this will be much more than most outsiders think possible. Good medications and intelligent use of the tricks for getting around the problem of exercise-induced asthma can achieve tremendous results.

What can I do about exercise-induced asthma?

You will already have picked up some useful clues. Swimming rather than running, warmer and moister air, warm-up by short periods of exercise, and getting into training can all help.

Good control of your asthma, whether by breathing in a ‘preventer’ treatment or by avoiding causes of asthma such as house dust mites and pets can have a tremendously helpful effect on exercise-induced asthma.

Reliever inhalers can be tremendously helpful if you use them just before exercise begins. This applies especially to the so-called ‘beta-2 stimulants’ such as salbutamol (albuterol) or terbutaline. The benefit should last for hours.

If you (or someone you are training)is a competitive athlete, you may be concerned about disqualification because of drug use. The good news is that all the ordinary asthma medicines, used in the medically recommended way and dosage, are acceptable to sporting bodies provided you use them correctly for asthma.

Check out what it takes to start a career in personal training. This is your most affordable and fastest way to become a highly qualified personal trainer.

There is always something exciting about earning a new coaching or training certification and applying that new knowledge of how you train your clients. This also helps you hit the reset button.

NESTA certification programs are open to anyone with a desire to learn and help others. There are no prerequisites.

PS: Click here to see many helpful business and career resources for coaches and trainers